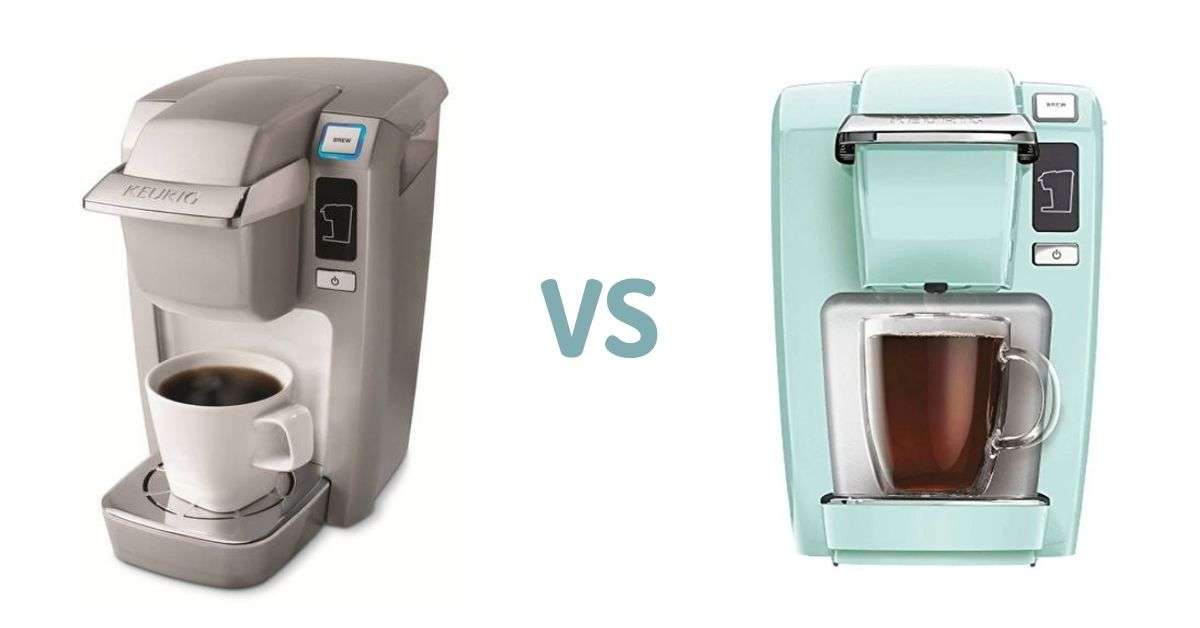 Navigating through the coffee brewer world can be difficult, especially if you’re new to coffee and when Keurig make machines that look exactly the same.

The K10 and the K15 are mini coffee makers released as part of Keurig’s mini classics series. They are single-cup coffee makers that offer a straightforward process for a fresh cup of coffee at the push of a button.

Keurig prides itself in mixing functionality with convenience and stands behind the idea of simplicity: just brew and enjoy in under 2 minutes. But, which Keurig coffee maker holds up to this standard? Almost identical to the K15, the K10 was part of a recall and was discontinued in 2014. Unless you can find a huge discount, stay away from this model and choose the K15.

Check on Amazon
Our Pick The K15 was introduced as the successor to the discontinued K10. As usual with Keurig, it brews fast and is very simple to operate. The K15 is an easy choice between the two.

While the K10 and the K15 look identical, the truth is the Keurig K10 coffee maker was part of a 2014 recall that saw over 7 million units returned.

Roughly 200 reports were filed with the Consumer Product Safety Commission (CPSC) claiming that the water easily overheated in some brewers during brewing, which could then spray out erratically and burn customers.

Since 2014 and these reports, the brewer has been discontinued, leading many to believe the K15 is the replacement model for the K10.

Let’s take a deep dive into why that may just be the case.

As the two machines are practically identical in terms of functionality and technical specs, let’s have a look at an overview of both of them.

Both Keurig coffee makers come with a removable drip tray base, making clean-up a breeze and allowing you to accommodate different mugs no matter the cup size. Keeping your drip tray clean is essential to creating the best aroma while your coffee brews.

An improved feature of the K15 is the auto shut-off, where the machine automatically powers down if no one’s used it in 90 seconds. This feature makes the K15 environmentally friendly and saves you money on your energy bill.

The K10 and K15 are designed to be less bulky than other Keurig brewers, coming in at 10 inches tall and 10 inches deep. Keep your countertops clutter-free but still brew like the big guys; that’s what the classic series is all about.

What the K10 and K15 may lack in rustic appeal for traditionalists, they make up for in their sleek, compact design.

As a twin model, they both come in a wide variety of colors to add a modern design to your kitchen. Keep in mind that these machines are made of plastic, so they do look a bit cheap. But hey, you get what you pay for.

For both the K10 and the K15, the coffee brewing process is the same and developed to be quick and painless, requiring only a few short steps.

First, fill the water reservoir with enough water to match your desired size: 6, 8, or 10 ounces. Next, lift the handle and pop in your favorite K-cup flavor, pressing the handle down until you hear it click into place. Then, press the ‘brew’ button.

Coffee’s never been this easy.

This simple, one-button coffee brewing process makes this chore effortless. For those who want to eliminate all the meticulous measuring and trial-and-error of using traditional coffee makers, the K10 and K15 are the perfect solutions.

The K10 and K15 use a reservoir for your water, so you’ll have to refill every time you want a cup. For some, this may be a drawback, but the trade-off is the fast brewing time—both brew in less than 2 minutes.

Again; two different machines, the same features. However, let’s not forget that the K10 was recalled because of possible overheating.

What it’s all about, right? Although I didn’t find any technical differences, I do think there are some differences in taste.

I’ve found that the K10 brews weaker coffee because it doesn’t heat the water sufficiently (ironic when we think about the recall).

The K10 is also prone to not brewing a full cup because the tube connecting to the water tank is known to deteriorate quickly after repeated use.

Both brewers are compatible with regularly sized K-Cups, or if you prefer to source your own coffee beans, you can use a reusable pod or My K-Cup.

There is no specific strength control setting for both machines, but you can easily make strong coffee the way you like by adding more or less water to the reservoir.

While the K10 has been discontinued, there are still machines in circulation. On the CPSC, you can find more information about how to spot whether a K10 brewer is part of the 2014 recall. This recall also applies to the B31 model, which preceded the K10 and K15.

For the K15, your brewer is under the manufacturer’s warranty for precisely one year from the purchase date. After one year, you may be eligible for a 20% off discount on your next purchase.

Just what exactly do the customers say? Let’s have a look at some reviews about the K15, the machine that is in the lead so far. Overall it scored 4.1 out of 5, based on more than 8000 global ratings. Joyce M., for example, had this to say about this her K15;

“I love this little machine. I bought it for my camper trailer and it fits great on a small counter. The coffee tastes great, it is easy to use and even my husband has figured out how to make himself a cup! I would highly recommend as the machine is a fun colour, adds life to the kitchen!”

However, User BC360 had a different opinion of the K15;

The K10 was rated an average of 3.8 out of 5. Have a look at the individual reviews to get an idea of what customers had to say.

If you like having an automated, quick, and easy cup of coffee, but aren’t sold on the K15, there are other options you can look at.

If you want to customize your coffee and have more variety of flavors, try looking into the Keurig K-Elite. This simple design allows you to brew with more options like controlling your water temperature, brewing stronger coffee, and lets you choose your brewing size.

If you’re looking for a single-button machine that can also brew specialty coffees like cappuccinos or lattes, I’d recommend the Keurig K-Cafe.

Understandably, filling up the water reservoir each time is a bit of a turn-off. To me, this means my water will never be stale and thereby make my coffee stale. That said, if you’re looking for a water tank brewer, I’d look into the K-55, which features a larger size 48-ounce reservoir.

Brewers with a large reservoir size are also more suitable for households that love coffee. If you’re making a single cup to enjoy, single-cup-size brewers are a great addition to your routine. But, if you’re a family of coffee drinkers indulging in multiple cups, a water tank brewer is the way to go.

Ultimately, the K15 has won the bout by far as it accomplishes exactly what it’s made to do: brew a cup of coffee in less than 2 minutes with no muss, no fuss.

Is it really just about the recall? Mostly, yes. But I also found the K10 to brew less reliably, which is a big no-no for me.

So there you have it; the obvious choice is the K15. This brewer is best for those who like their coffee black, straightforward, and without bells and whistles. 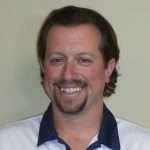