What Is Turkish Coffee? – Recipe and Tips 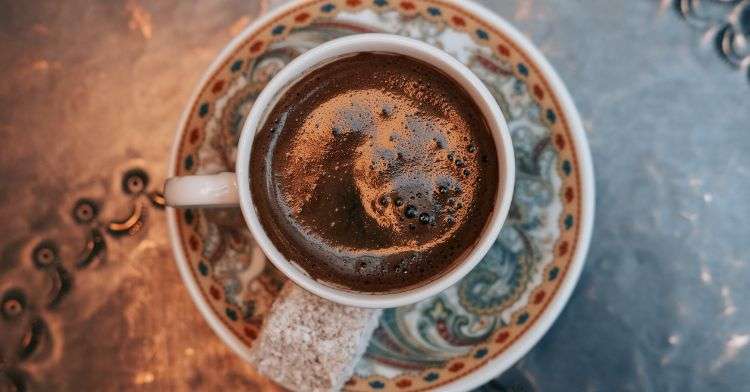 Enjoyed across the Mediterranean, the Middle East, and North Africa for centuries, and known by different names in the different parts of the world where it is drunk, this is a drink steeped in history and inextricable from the cultures in which it is brewed.

As old as coffee drinking itself, according to most traditions, this brew method and its story are as rich and mysterious as the coffee they produce. But what is Turkish coffee?

What Is Turkish Coffee?

Turkish coffee is brewed in a cezve (or ibrik, bikri, turka, or any number of other names depending on where in the world you are). This is essentially a small pot, wider at the bottom than it is at the top, with a long handle that can be held over the hot coals of a fire or, more commonly these days, placed on top of a stove.

The resulting drink is a short and very intense coffee, often sweetened and sometimes spiced traditionally. The tendency towards sugar and cardamom is one that is dying out amongst more modern proponents of specialty cezve coffee as there is no longer a need to mask poor quality beans behind dark roasts and adulterants.

It is traditionally served with a glass of water, to cleanse your palate before sipping your coffee, and a small sweet like a Turkish delight to complete the experience.

Coffee in Turkey has become so much a part of the social tradition that it is by now deeply intertwined with the notions of hospitality for which Turkish households are world-famous. There is even a Turkish proverb that states “the memory of a cup of coffee lasts for forty years”.

Coffee found its way to Turkey in the mid 16th century. Sufi mystics who used the energy-giving properties of the beans to fuel their nocturnal religious rituals brought them with them to Istanbul from Yemen.

On arriving in Istanbul, coffee was quickly adopted by the Ottoman courts where Turkish sultans were served coffee in elaborate rituals enacted by massive teams of servants.

However, by the mid-seventeenth century, coffee had become so popular that it was officially prohibited in 1656 by the Grand Vizier Koprulu. It was suspected of influencing and abetting political dissidents, as would later be the case in the early coffee houses of Europe.

This did nothing, though, to inhibit its common popularity. It remained a staple of wealthier households initially, becoming more accessible and more widely available as demand increased.

In 1683, during a retreat after the unsuccessful siege of Vienna which signaled the end of the Great Turkish War against the Habsburg monarchy, sacks of coffee beans were accidentally left behind in hurriedly deserted military camps.

This is one of the more captivating of the various origin stories of coffee’s entry to Europe. But, unfortunately, it seems more likely that coffee beans had been bought back by traders from the Middle East earlier in the 17th century.

What Equipment Do You Need?

You don’t need much to get started brewing Turkish coffee. The only real essentials are coffee, water, a heat source, and a pot to boil (or not boil) it in.

If you want the full and authentic experience you should use a traditional Turkish copper cezve and wooden stirring spoon to brew in, and then a set of Turkish coffee cups to serve it in.

How To Make Turkish Coffee

Making Turkish coffee is a highly ritualized affair. A lot of the most traditional ways to make it, which vary from region to region anyway, won’t necessarily give you the best cup of coffee.

With that in mind, we’ve tried to stick to best practices for a decent extraction according to modern approaches similar to those of cezve ibrik world champions whilst remaining sympathetic to traditional Turkish methods — and explaining where we have deviated and why.

1. To begin with, you should start with 7 grams of very finely ground (even more so than espresso, as there is no filtration) specialty-grade coffee. Add your grinds into your cezve.

3. Stir just enough to make sure all the coffee grounds are saturated. Try to avoid over agitation.

4. Brew over a moderate heat for around 2 minutes, or until the foam rises just to the rim of the pot. You should aim for a temperature of 200ºF (around 93ºC). This is the main deviation from the traditional method, where the brewing coffee is brought to boiling point at least three times. We’ve opted for just once, and kept the temperature below boiling, for a better extraction.

5. Reduce the heat at around 1 minute and use your thermometer and control the temperature to get your brew time just right.

6. Pour the coffee into your cup and let it sit for three or four minutes. This allows the very fine grounds to settle to the bottom of the cup and for your coffee to cool to the ideal drinking temperature.

7. Serve with water, which you should sip first to cleanse your palette, and something sweet for afterward to balance the coffee’s strong, lingering finish. Something like a Turkish delight or baklava if you want to keep it traditional.

Do You Need a Cezve?

You don’t actually need a cezve in order to brew Turkish coffee. Any pan that holds enough liquid will do. For the best results, something that is narrower at the top than it is at the bottom, like a milk jug, should be used. A long handle may be helpful also, depending on your heat source.

A cezve is a nice addition though and will certainly add an air of authenticity to proceedings. Whilst it’s not essential it is purpose-built for the job, very good at it, and relatively inexpensive.

Can You Drink It With Milk?

It’s your coffee and you can drink it however you like. Being relatively strong and full-bodied, it will actually hold up to milk quite well, almost like an espresso.

That being said, if you’ve gone to the trouble of brewing your coffee in a cezve, it almost seems a shame not to enjoy it the way it’s meant to be — sipped black and intense, chased down by a little Turkish delight.

What Is the Best Kind of Coffee for Turkish Coffee?

Customarily, Turkish coffee is prepared with a very dark roast of coffee. This, much like with early espresso culture, was largely due to the inferior quality of available coffee. Now we have access to better options, particularly if you are brewing with specialty-grade coffee, light-roasted coffees can be back on the menu.

Considering the high brew temperatures, this is actually a very nice brew method for light roasts and can create interesting results offsetting bright and fruity tones against a very full, syrupy body. Something like a very berry-forward East African can yield excellent results.

Some Final Thoughts on Turkish Coffee

Hopefully, this brief guide to Turkish coffee has helped whet your appetite for the rich, bold, and fragrant brew from the Middle East. As we’ve learned, a good cezve coffee today means balancing the mystique and tradition of the generations that came before with the scientific and analytical methods of the modern masters.

There is no finer way to finish a meal than by taking the time to relax and digest properly, with good company and good coffee. Certainly, there are some situations in life that cry out for a Turkish coffee like a Muezzin calling their faithful to daily prayer.

Pick up a cezve today and have a go yourself. If you follow the advice in our guide you will be brewing a coffee fit for an Ottoman Sultan in no time.

See Also: What is Espresso? 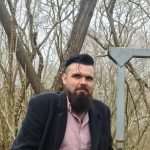