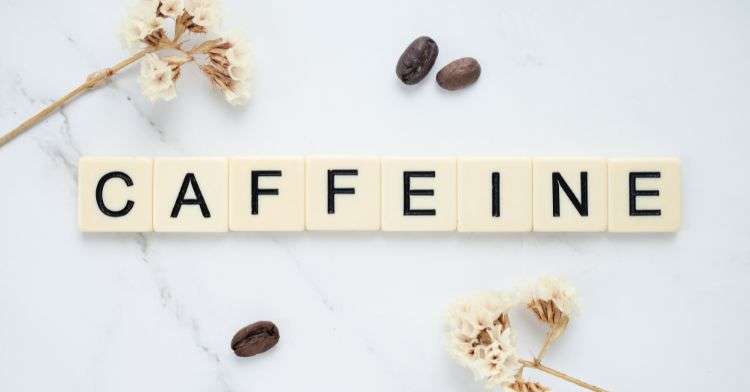 Coffee, along with caffeine, is part of our daily lives for most of us. While many simply enjoy the taste of coffee, its popularity can also be attributed to the stimulant that helps you stay alert or get you through those hours after lunch.

But how much caffeine contains your daily cup to jump-start the morning? And how many cups is too many?

Keep reading if you want to learn about the factors that influence the caffeine content of coffee and how much caffeine your cup of coffee usually contains.

The amount of caffeine in coffee varies considerably depending on several factors, such as the coffee beans, the brewing method, and the serving size.

There are two popular coffee bean types, Arabica and Robusta. For those searching for a quick caffeine fix, Robusta is the better option as it contains higher amounts of caffeine. In fact, you will find double the amount of caffeine in a cup of Robusta coffee.

So, how does this matter when it comes to caffeine? Bean for bean, a light roast versus a dark roast contains approximately the same amount of caffeine. But depending on how you measure your coffee, the roast has an influence on the amount of caffeine.

The extraction method plays a vital role in how much caffeine ends up in your cup of coffee. As water passes through the grounds, not only flavors are extracted along the way but also caffeine.

The longer you brew the coffee, the more caffeine will be extracted. Therefore, immersion methods tend to extract more caffeine.

But, as immersion methods usually use coarser grounds, this lessens the amount extracted. In addition, hot water extracts more caffeine than cold water. Cold brew coffee, for example, is left to sit for hours. But, as the grounds are coarse and it is immersed in cold water, the amount of caffeine won’t necessarily be higher than a French Press or a Pour-over coffee.

Of course, the serving size and the amount of ground coffee you use play an important role when it comes to caffeine content. A cup of coffee can range from 1-24oz (30-700ml). Needless to say, this makes a big difference in the caffeine content.

How Much Caffeine Is in a Cup of Coffee?

So, how much caffeine is in a cup of coffee?

Similarly, espresso-based drinks, including Americanos, cappuccinos, lattes, and macchiatos, all contain the same amount of caffeine since all you do is mix espresso shots with milk.

Instant coffee usually comes with less caffeine, around 62mg for one serving of 8oz.[4]

Although you would think decaf coffee is entirely free of caffeine, this is rarely the case. Amounts of caffeine range from 0.3mg for a 1oz espresso shot to 2mg for an 8oz brewed cup of coffee.[5] That being said, the caffeine content may vary according to the method of decaffeination used.

Caffeine levels in commercial fast food and coffee shop coffees vary wildly and often contain more caffeine than home-brewed coffee. One thing to look out for is the large cup sizes, notorious for commercial coffee brands.

McDonald’s sells coffee under their brand McCafe. They don’t provide information on the caffeine content of their beverages. Following are estimations of caffeine contents: [8]

Another popular commercial brand that sells coffee is Dunkin’ Donuts. Their caffeine contents are as follows: [9,10]

First, let’s point out that moderate consumption of coffee has a range of health benefits, such as a reduced risk of type 2 diabetes, liver diseases, and Alzheimer’s. [11,12,13,14]

But how much coffee is too much, and at what point does caffeine consumption become problematic?

It’s important to note that people react differently to caffeine. While some are very sensitive, others hardly react to it. The rate at which caffeine is metabolized plays an important role.

As certain soft drinks and tea contain caffeine as well, it’s easy to hit the recommended daily limit for the average adult.

If you get too much caffeine, you might experience a wide range of symptoms: They include anxiety, sleep disruptions, restlessness, upset stomach, headache, and feeling of unhappiness (dysphoria). [16,17,18]

Also, keep in mind that it takes a while for caffeine to leave your system, and a cup of coffee late at night might make it difficult to fall asleep.

How to Cut Down on Caffeine?

If you’re sensitive to caffeine and/or experienced any of the symptoms as mentioned above after one cup too many, here are some ways to cut down on your caffeine consumption:

To summarize, the average amount of caffeine in a standard-size cup of coffee is 95mg. However, this may vary depending on factors such as coffee beans used, brewing, roasting, and the serving size. As with everything, moderation is key to avoiding negative health effects of caffeine.

If you limit your daily consumption to 4-5 cups, you should be on the safe side. Drinking high-quality coffee consciously can be a good way to cut down on caffeine. 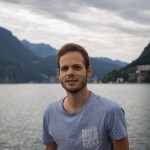 Author
Michael Balmer
Michael is the founder of My Coffee Base. He's fascinated by the world of coffee brewing and eager to learn something new about it every day.
About Contact Disclaimer Privacy Policy